Understanding the lives of small-scale fishers: A field visit experience

“The trawlers are stealing our fish. They should not be allowed to fish in the territory allotted to small-scale fishers. Otherwise we will be forced to quit this job.”

Ani Zubaida’s strong words were provoked by her low catch. The 52-year-old from Teluk Bahang, a fishing village on the north-western tip of Penang island, Malaysia, used to catch fish worth between USD 40 and USD 50 per day. Her catch that day was worth just USD 15.

Dwindling catch is a major concern for the small-scale fishers in Teluk Bahang. They blame boats fitted with trawl nets for their plight.

Teluk Bahang is home to around 400 small-scale fishers. On Wednesday 20 February, community members met with a group of researchers, journalists and representatives from governments and civil societies from six Asian countries.

The group was in Penang for the week-long Multi-Stakeholder Information and Communications (MuSIC) workshop. Co-hosted by WorldFish through FISH and the Food and Agriculture Organization of the UN, the workshop was part of initial steps to facilitate greater sharing of information, research and policy work on small-scale fisheries through the establishment of a regional network. 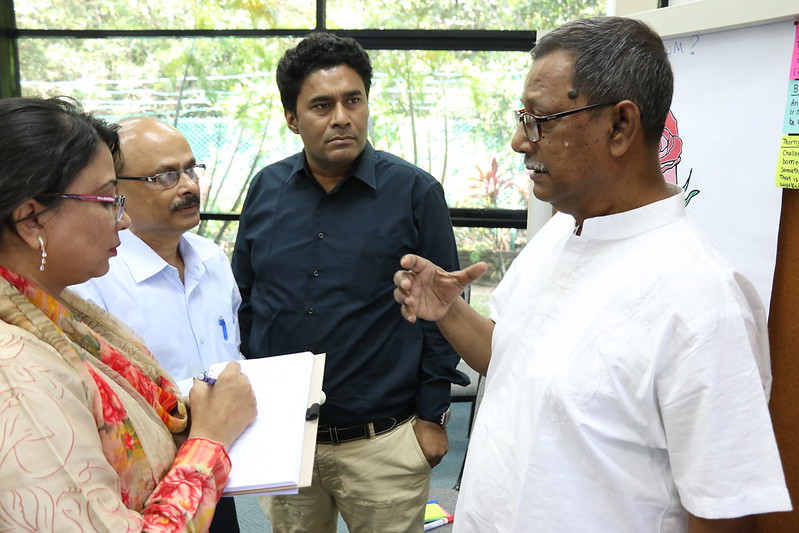 The people in Teluk Bahang consider fishing trawlers—operated from the village with licences issued by the Department of Fisheries—as their biggest rivals. They claim that the methods used by fishing trawlers are destroying marine wealth and robbing small-scale fishers of their livelihood.

“They have been infringing upon the fishing grounds of small-scale fishers—between 14.8 km and 28 km from the shore—with trawl nets. They are denying us our livelihood options,” complained Zubaida.

She is one of two fisherwomen in the village. She started fishing at the age of 20 after she married Rahim. “I am helping my husband. We don’t have to employ a laborer for our boat. Whatever we earn comes to our family,” she said.

However, falling revenues have cut a hole in the family's income. Zubaida and Rahim are afraid that they may have to quit fishing if the trawlers sweep all the fish from their grounds. “What is the point in continuing in a job when the returns are so low?” she asked.

The Malaysian Inshore Fishers Association for Education and Welfare estimates that trawling has caused a 50 percent decrease in fishers’ earnings.

“Juvenile fish should be left to grow in the sea. Trawlers have to catch 92 juvenile eels to make 1 kg of fish. If they are left to grow, one eel can grow to an average weight of 12 kg. We are losing huge quantities of marine wealth because of trawlers.”

Mohamad said the government should allow trawl nets only in Zone C, the fishing area more than 28 km from the coast. 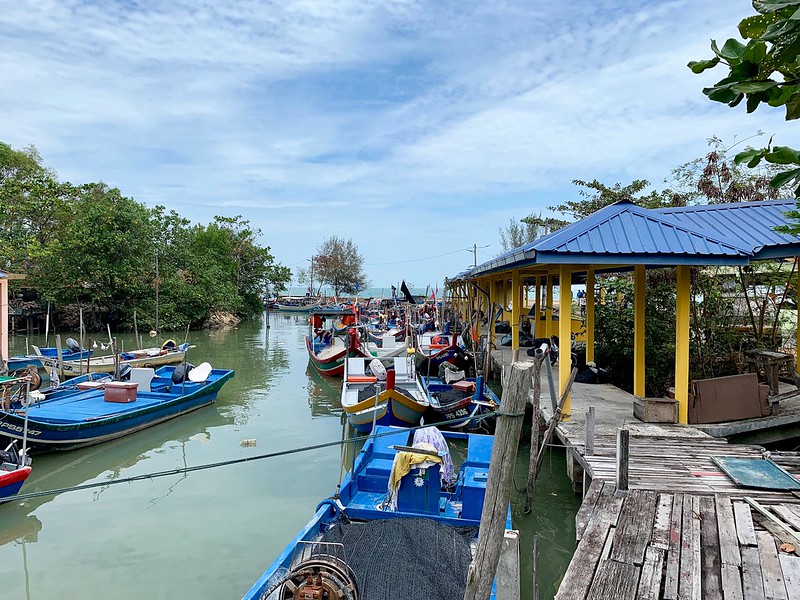 Fish was an abundant commodity in Teluk Bahang until a few years ago. Small-scale fishers never had to venture too far to get a good catch.

Nurdin Hussein, 65, one of the oldest fishers in the village, has personally experienced the adverse impact of trawling.

“The fish came to us when I started this profession 35 years ago. We had to put in very little effort then,” he remembered. “But we have to search for fish now. Fish wealth has dwindled because of the trawlers.”

Other fishers said indiscriminate development activities have contributed to the destruction of marine life.

Like other fishing villages elsewhere in the world, Teluk Bahang is being affected by plastic pollution. The coastline is littered with scores of plastic bottles and other debris, which is threatening the marine ecosystem.

Villagers said emergency measures are needed to get rid of the plastic menace. “We have to initiate campaigns to educate the people visiting our village about the damage caused by the plastic,” said Haji Abdulla, a 56-year-old fisher. 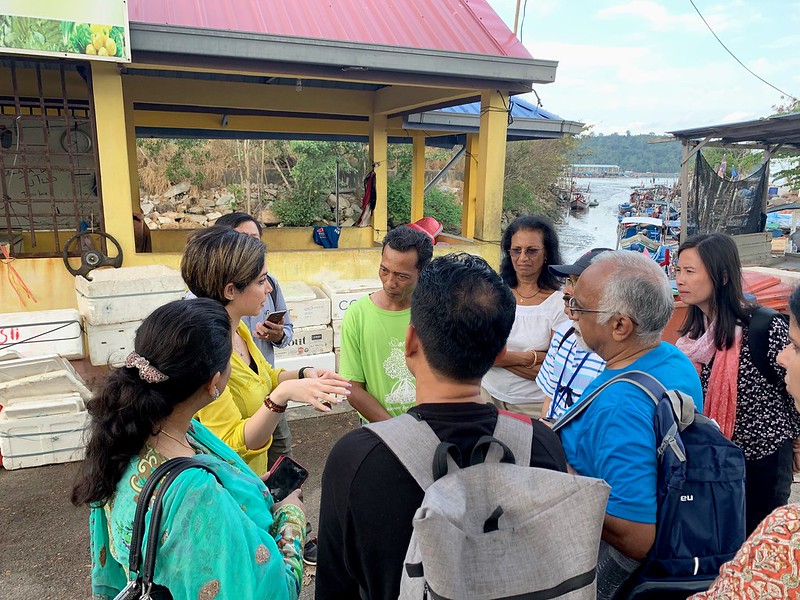 Despite the problems, small-scale fishers continue to earn a good income. “We are not poor. We earn a good amount,” said Mohamad.

Howver, the financial security offered by small-scale fishing is failing to attract the younger generation. Fishers are also reluctant to encourage their children to join the profession.

“I don't want my children to pursue fishing. Let them get a good government job,” said Rahim.

Official figures show that the number of fishers in Teluk Bahang is falling. Of the 7,000 residents, only 10 percent pursue fishing full time.

Yet some fishers said that they cannot think of a better profession. “No one dictates my terms. I’m my own boss. I’m happy to live a peaceful life. I cannot imagine myself in a routine government office,” Faisal said.

Mohamad believes that the lives of small-scale fishers have improved since they started lobbying. “Our elders didn't demand anything from the government,” he said. “But things began to change starting from 2008. We began to raise our voice and the government began to implement welfare schemes for us.”

The fishers now get a fuel subsidy, a monthly allowance of USD 50 and personal accident insurance of USD 12,000.

That is why Mohamad is confident the government will eventually ban trawlers from small-scale fishing grounds.

“Small-scale fishers contribute heavily to the gross domestic product of Malaysia. Hence, the government cannot ignore our demands. I hope the government will enforce a ban on fishing trawlers by 2020,” he said.