A two-day workshop in Chandpur, Bangladesh brought together hilsa fishery stakeholders to review past activities and identify future research and management strategies.

The workshop was organized as part of the USAID-funded project Enhanced Coastal Fisheries in Bangladesh (ECOFISH-BD). The project seeks to improve the resilience of the hilsa fishery in the Padma-Meghna river-ecosystem and the livelihoods that depend upon it. 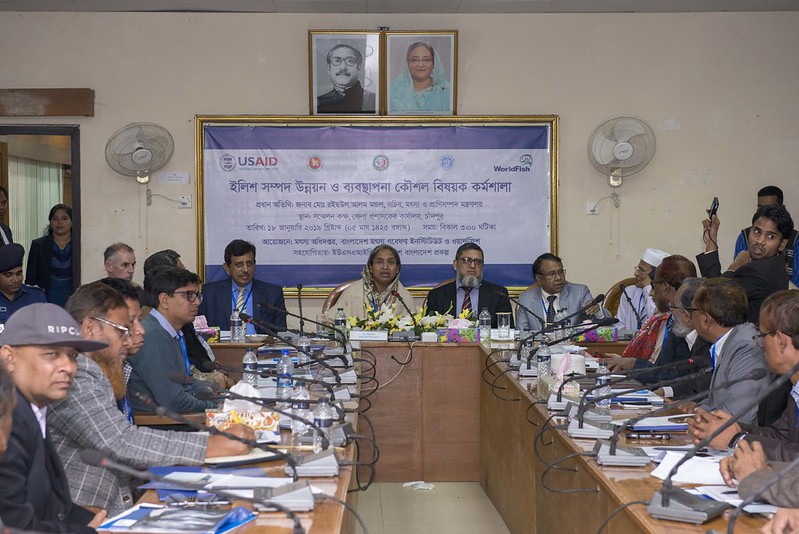 Following the rapid decline of hilsa yields in the early 2000s because of habitat degradation, overfishing and the use of illegal fishing gear, WorldFish assisted the government in introducing various conservation measures. These included the designation of five sanctuaries in hilsa nursery grounds and spawning areas, and a seasonal ban on catching juvenile and brood hilsa.

Together, these efforts have contributed to greater awareness of and compliance with the ban, resulting in stock recovery and higher yields. Data collected by WorldFish from three hilsa sanctuaries over two harvest seasons (July 2015–June 2016 and July 2016–June 2017) showed that the total hilsa catch increased by 28 percent, from 387,211 metric tons to 496,417 metric tons.

The catch is expected to exceed 517,000 metric tons in the next season, prompting the government to lift the ban on hilsa exports, which had been in place since 2012. 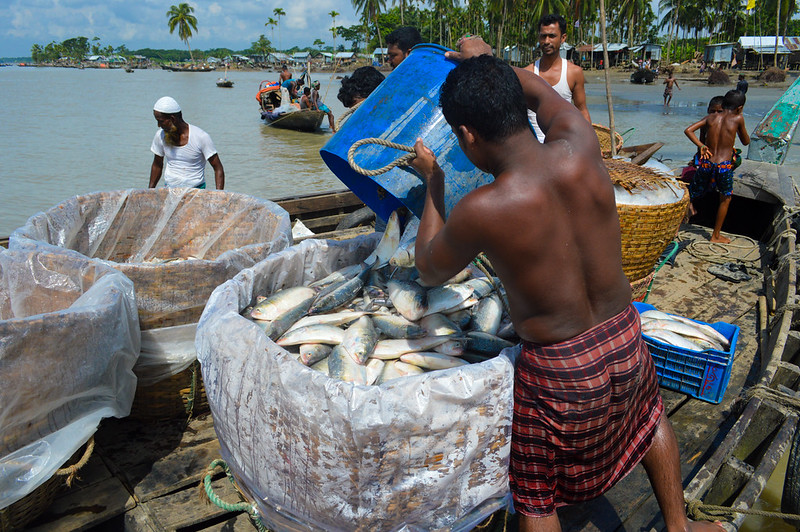 Despite these successes, the use of illegal monofilament nets remains a problem. During the workshop, several government officials emphasized the need to stop production of the nets—for instance by holding monthly mobile courts—while supporting the livelihoods of the poor fishers who use them.

Md. Raisul Alam Mondal, Secretary, Ministry of Fisheries and Livestock, also noted that hilsa production has reached close to the maximum sustainable yield, and underlined the necessity to take additional measures to ensure this is not exceeded.

The workshop concluded with agreement on future research and management priorities, among them:

These conclusions will help to update ECOFISH-BD’s Hilsa Fishery Management Action Plan. Once completed, this action plan is expected to serve as a valuable reference document for policy makers.