As a global leader in fisheries and aquaculture research, science is at the forefront of our work, delivering robust evidence to policy makers, technological innovations to poor producers and consumers, and novel tools to transform fish agri-food systems. In this new series, we profile our emerging scientists, early career research talents who are already making a significant contribution to fisheries and aquaculture knowledge.

Agustinha Duarte is a Research Analyst in Timor-Leste, where she focuses on gender, livelihoods and value chains. She played a key role in organizing the first Women Fishers' Forum on 15 October 2018 in the capital Dili, and has recently published a cookbook to promote consumption of nutritious fish in a country that suffers from high rates of malnutrition and stunting. She has an agriculture degree from Indonesia and an international diploma in community development from the Philippines.

What are you currently working on?

Since 2016, we’ve been using participatory action research, a method that involves a series of discussions to identify and prioritize ideas together around how to enhance fishers’ livelihoods. Specifically, we are working with a women’s group in the village of Beacou, about two hours’ drive from Dili, to develop and market fish-based products.

The women buy sardines as soon as they are landed and clean, scale and prepare them for sale. The cooked sardines are placed in glass jars that can be stored, distributed and sold at markets. The fish are eaten whole with bones—a local delicacy that supports micronutrient intake, for example from minerals in the bones. As part of the same SwedBio-funded project, I recently published a cookbook, which combines stories about the role aquatic foods play in people’s lives with nutritious recipes using local ingredients in Timor Leste. 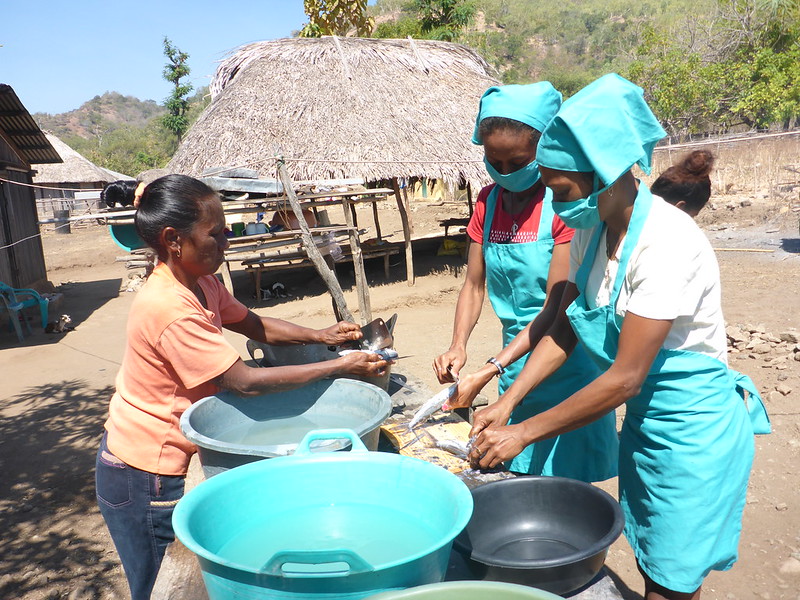 What’s the most exciting thing about your research area?

Increasing the visibility of women's role in managing marine resources, which hasn’t yet been recognized at the national level.

You were the lead facilitator of the Women Fishers’ Forum. Tell us about that.

We organized the Women Fishers’ Forum with support from partners. Attendees included 60 women fishers from ten of the 13 municipalities, the Secretary of State of Equity and Inclusion and partner representatives. The overall aim was for participants to develop consensus statements about women’s fishing, which the women fishers would present at the first National Fishers’ Forum the following day.

The forum had a noticeable impact on women’s participation in the national forum. They were well prepared, so they had the capacity, ability and confidence to speak up. Women's voices are rarely heard in decision-making in Timor-Leste, so I was particularly proud.

What’s your favorite part of the research process?

Going to the field. It’s an opportunity to catch up with people in the communities we support as well as better understand how we can implement our projects to achieve the intended results. 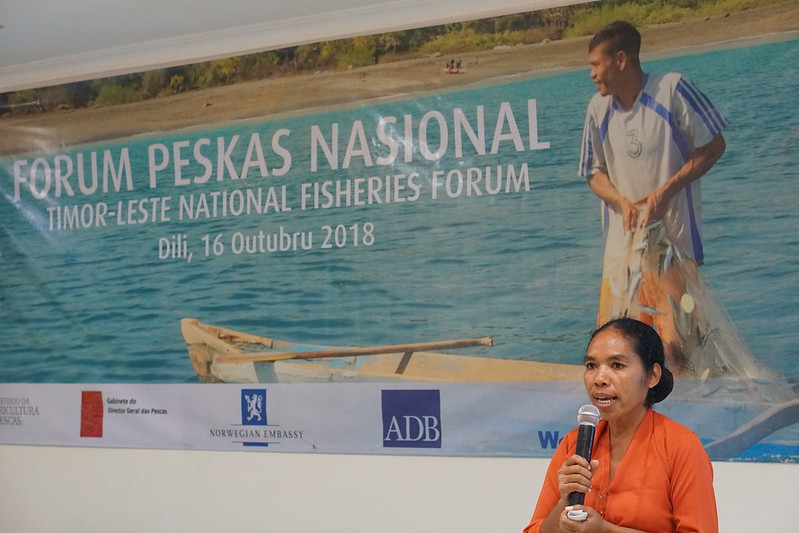 What innovation do you think has the greatest potential to change your research area?

Building a national network of women scientists specifically addressing gender in maritime affairs and fisheries. Because both women and men have the right to equal access to ocean resources.

What piece of recent scientific research are you most proud of?

I conducted research on gleaning, which is often carried out by women, and the gendered contribution of small-scale fisheries to food and income in Timor-Leste.

I presented my findings at the 3rd World Small-scale Fisheries Congress in Chiang Mai, Thailand last October. It was a fantastic experience and a very valuable opportunity to share my work on an international stage for the first time.

What do you hope your research achieves?

I hope it is used by relevant agencies and government institutions as a guideline for planning and policy development in the fisheries sector in Timor-Leste, especially for women fishers.

What would your dream role be?

It’s more an aspiration than a role, but I’d love to be a principal author.