Inland fisheries are being overlooked in policy, management and development decisions, which is ultimately undermining the vital food and livelihood benefits they provide to the poor.

Finding solutions to this challenge was the topic of ‘Water for Fish: Sustainable Inland Fisheries’, a side event hosted by Conservation International (CI) on 28 August 2018 during Stockholm World Water Week.

Using examples from inland fisheries across Africa and Asia, speakers from CI, FAO, IWMI (a managing partner of FISH), TNC, University of Hull, USGS, Wetlands International and WWF discussed strategies to ensure the sustainability of inland fisheries; many of which involved engaging more with the broader water sector.

Most of this catch from inland fisheries is highly concentrated in a subset of countries that are in Asia and Africa explained Simon Funge-Smith, Senior Fishery Officer at FAO.

“Some of the poorest countries depend heavily on inland fish, with 43 percent of the world’s inland fisheries catch coming from 50 low-income food-deficit countries.

“Significantly, inland fisheries are most important to subsets of the population, who tend to be the poorest and have a disproportionate dependence on them,” he said.

Inland fisheries overlooked in land and water use planning

Yet, despite contributing up to 20 percent of national GDP in developing countries, inland fisheries are often overlooked in policy discussions and decisions around water and land use planning and infrastructure development.

“Inland fisheries are seen as a subsistence system, not as an income-generating production system—a view that positions inland fisheries as not important” said Fred Boltz, CEO of Resolute Development Solutions. 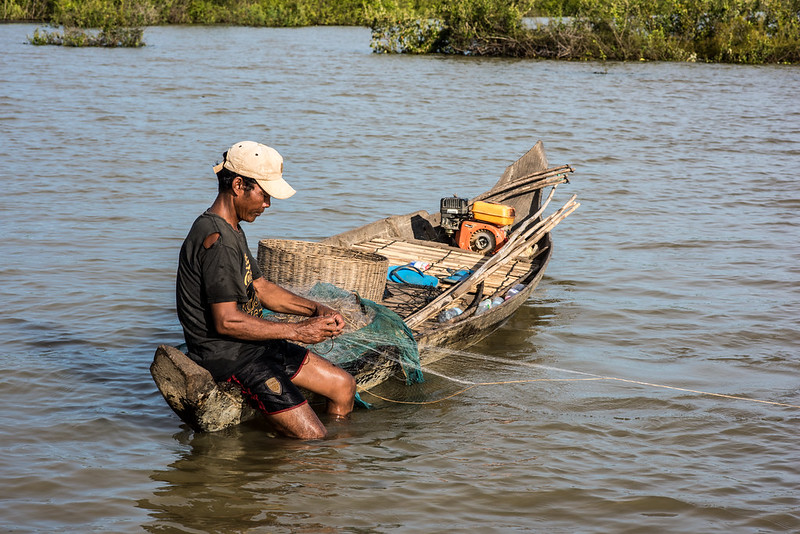 Often, attention and investment is put into the sectors seen to be the most economically valuable, like agriculture and power generation, which comes at the expense of inland fisheries.

“There is a historical precedent set in water management where water is allocated to people and agriculture and fish are a byproduct,” explained Funge-Smith.

“It’s assumed that fisheries will always be there, but they won’t if people don’t pay them more attention,” he said.

While in some instances these different water-using systems can co-exist and be mutually beneficial, in other instances decisions must be made about trade-offs.

For example, in the case of large infrastructure like dams, which are built to store water, many people see there to be a huge opportunity to increase fish production. But in practice that’s often not the case, explained Vittoria Elliott, Director of the Mekong Science Program at CI.

“In reality, dams are more likely to adversely impact fish production, because they alter the flow of rivers, change fish habitats and block fish migration routes.

“If dam operators and water managers managed dams for fisheries, by using an integrated landscape approach, this will mitigate these effects and boost fish yields,” she said.

Another competing user for water is aquaculture said Elliott, citing an example from the Lower Mekong Basin, where fish farms have multiplied rapidly in the last 10 years.

To raise awareness of this issue, CI and partners have been calling for policy- and decision-makers in the Lower Mekong Basin to better account for fisheries in planning decisions.

“If inland fisheries are no longer able to feed local communities, and there’s no option to replace them, then it will become a national  issue of widespread food insecurity,” explained Elliott.

“Inland fisheries are not seen as a development priority, nor a development opportunity. We need to flip that on its head”
– Fred Boltz, Resolute Development Solutions

“For instance, you can evaluate the impacts of building a dam on fisheries, drought and irrigation and go right through the system. These evaluations can inform decision making and better manage trade-offs or opportunities.

“Without such tools—given the many competing water users and unintended consequences across the water cycle—it’s too complex to make informed decisions,” he said.

In sustaining and harnessing the potential of inland fisheries, speakers agreed that perceptions of the sector need to change.

“Inland fisheries are not seen as a development priority, nor a development opportunity. We need to flip that on its head,” said Boltz.

So how can the inland fisheries sector raise its profile to this end?

In the energy sector, said Matthew McCartney, Research Group Leader—Water Futures, Growth and Natural Capital of IWMI, water managers are becoming increasingly aware of the need to protect livelihoods. “To make dams sustainable, they need to account for fisheries—including in the reservoirs—to help protect the livelihoods of the people.”

Irrigation managers, suggested Funge-Smith, were the best advocates. “People who are proud of what they’ve done, who’ve found a solution and who are then communicating that among their irrigation networks¾this is where we’d like to see progress.”

For Dickens, he believes that awareness needs to be raised among the individuals putting pressure on fishing resources. “The real nut of the solution is how do you get citizens to engage in the management of fishing resources?”

Making the case for inland fisheries, said Kathleen Dominique of the Organisation for Economic Co-Operation and Development, should be done in coalition with those advocating for instream flows. “It’s almost seen as if the water left in the river is not a productive resource. This is a complete mistake; there’s scope for coalition building on that front.”

Realizing that inland fisheries provide a development opportunity and not a drain, said Boltz, is the critical first step. “We need to mobilize finance in the form of micro credit and investments to diversify local livelihoods, and improve governance and establish regulatory standards that are consistent with sustainability.” 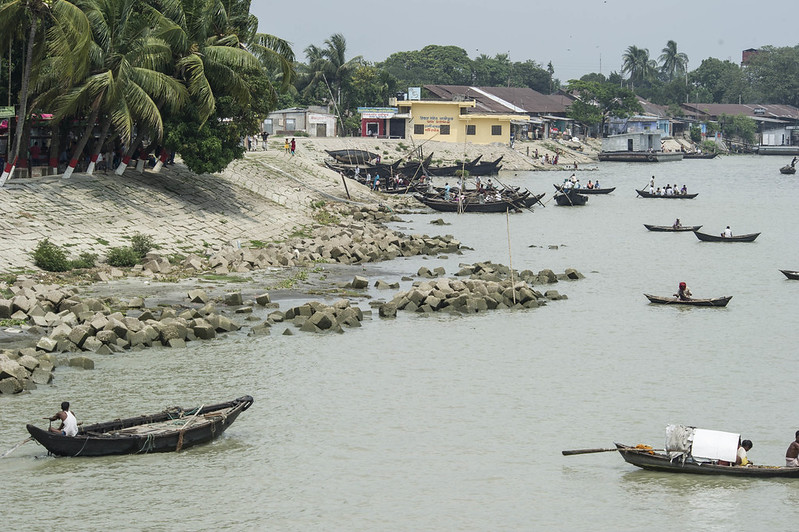 At the end of the event, the message was clear: cooperation between the fisheries and water sectors is crucial to finding positive opportunities for all water users, and to raise awareness of livelihood and food security impacts in decisions on trade-offs.

Progress is already being made by groups such as the grassroots research network InFish, which addresses the needs of inland fisheries by “thinking outside the fishbowl” and reaching out to others.

By doing so, we can together work to sustain and enhance inland fisheries, thereby providing an accessible and nutritious source of food for billions and livelihoods for millions of people worldwide.