Market-led aquaculture is changing the lives of small-scale farmers in Nigeria and Kenya, highlighting the huge potential for aquaculture to drive rural development across Africa.

That’s the message of a recently released report by the UK’s All-Party Parliamentary Group on Agriculture and Food for Development (APPG AgDev), which calls for the expansion of aquaculture in Africa to combat poverty, hunger and malnutrition.

The report, Aquaculture for smallholder farmers, states that research by the WorldFish-led CGIAR Research Program on Fish Agri-Food Systems (FISH) and others will be a key factor in realizing this potential.

This underutilization is despite 40 years of research and development and hundreds of millions of dollars of investment, says John Linton, Commercial Director at the Natural Resources Institute, who contributed to the APPG report and is a managing partner of FISH.

Research led by the Natural Resources Institute finds that a professional, business-like approach to aquaculture is a key driver of success. Other factors include being located near to inputs and markets, and the competency of people working in the value chain.

A market-led approach is the reason for the thriving aquaculture sectors in Egypt and Nigeria, the two countries producing most of Africa’s 1.7 million metric tons of farmed fish. Egypt is the third-largest producer of tilapia in the world and Nigeria has consistently been the leading aquaculture producer in sub-Saharan Africa. 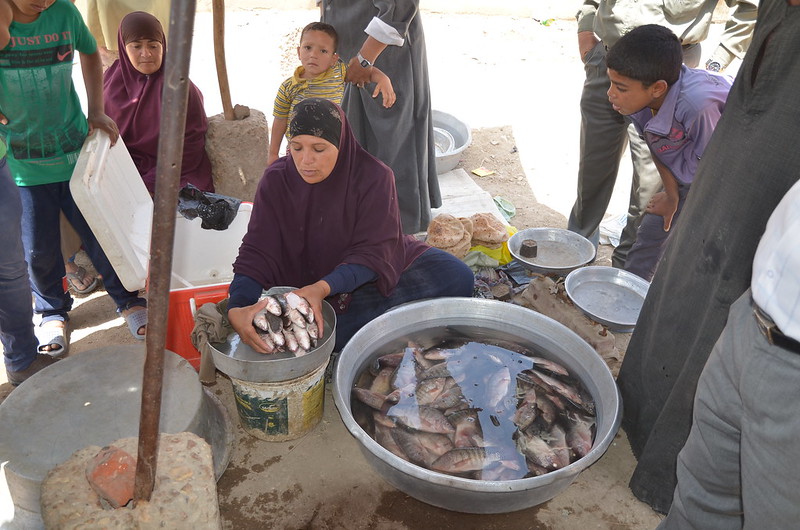 These success factors do not just apply to large enterprises but small ones as well. For example, in Eriwe village in Nigeria, the Ijebu Development Initiative on Poverty Reduction has worked since 2001 to help smallholders grow catfish in ponds set across 150 hectares of land.

Today, there are 57 cooperative groups with 1000 members. The average annual production from each group’s two ponds is 16 metric tons, which generates between USD 10,000 and 15,000 gross profit – a huge amount of money in Nigeria.

The model works, says Linton, because it is demonstrably viable as a business, the people working in the value chain are very competent and there is a good enabling environment.

“In this and similar circumstances, smallholder aquaculture is not simply profitable, it is transformational. These fish farmers, who were previously subsistence farmers living hand to mouth, now have an income that enables them to create better lives for themselves and their families,” he says.

A similar market-led approach has been successful in Kenya. Since 2011, the NGO Farm Africa has provided training and support to aquaculture suppliers, farmers and traders.

Between 2011 and 2015, 7500 beneficiary farmers boosted their incomes by 63 percent. Since 2016, beneficiary tilapia farmers have increased their productivity by 43 percent.

Progress towards the global goals

These success stories demonstrate the huge potential of aquaculture to reduce poverty and hunger, boost household health and improve gender equality, and contribute to the UN Sustainable Development Goals.

Currently, Africa produces 2.3 percent of global aquaculture output. Between 2005 and 2014, the continent’s total aquaculture output tripled, and production continues to grow, meaning there is scope for millions more people to engage in and benefit from the sector.

If smallholders can successfully grow and sell fish for a profit, they can use the income to buy a more diverse range of foods. Any surplus fish, which is a rich source of micronutrients, minerals, essential fatty acids and protein, can be consumed by the household, helping to combat malnutrition.

Rural women produce most of the food in sub-Saharan Africa, but they have less access to productive resources and assets than men. Overcoming this barrier would enable more women to engage in and benefit from fish farming. 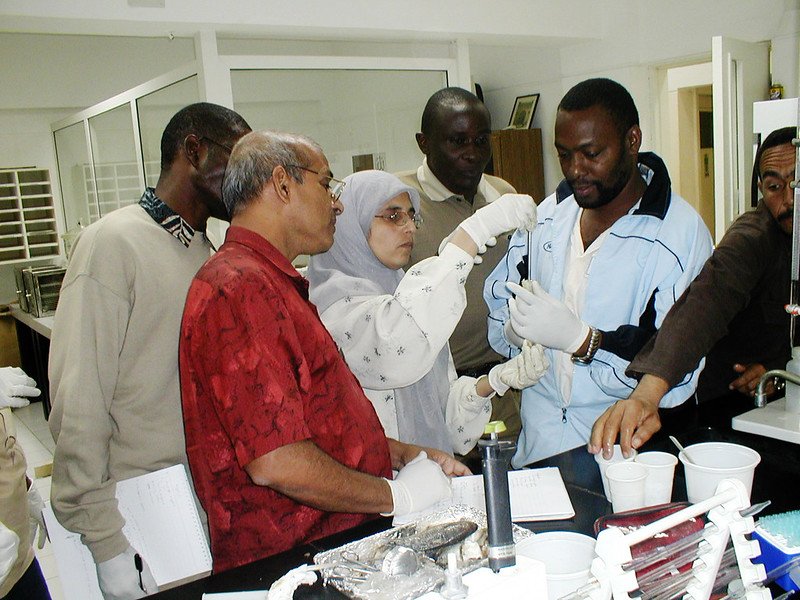 To realize these benefits, the APPG report recommends investment in research and knowledge transfer, like that being done by FISH.

Since 2017, FISH has been researching ways to enhance the production, productivity and profitability of aquaculture in Africa through improved fish lines and the use of genomic selection tools to introduce disease-resistance and feed-efficiency traits.

Focusing initially on Egypt, Nigeria, Tanzania and Zambia, FISH learnings will be scaled to Malawi, Kenya, Uganda, Ghana and Sierra Leone as the program progresses.

Complementing such research efforts, the APPG report calls for a focus on the right approaches and policies. Policymakers need to create good enabling policies for producers relating to security of land tenure, support for producer associations and transparent environmental regulations.

Aquaculture should be developed in locations with good potential, such as in areas of high population density and demand, with established links to markets.

Support should be given to all actors in the value chain, from fish farmers to suppliers, and targeted support needs to be given to women. The combination of these strategies will help make aquaculture a real pathway out of poverty, says Linton.

“If aquaculture in Africa continues to grow at the same rate as the last five years—12 percent—it will deliver approximately 4.3 million metric tons and an incremental 3 million metric tons, valued at USD 9 billion. That will make a huge contribution to people’s livelihoods and nutrition in Africa – and that’s a goal we should be making a priority.”