Small-scale aquaculture improves the lives of farmers in Myanmar

WorldFish through the CGIAR Research Program FISH is supporting small-scale fish farmers, enabling the fast-growing aquaculture sector to create jobs and boost the health and incomes of the poor.

In Myanmar, the fast-growing aquaculture sector has huge potential to improve the lives of rural households, which make up 70 percent of the population and depend largely on low-yielding agriculture for their livelihoods (FAO 2015).

Research by the Livelihood and Food Security Trust Fund (LIFT) shows that job creation potential in aquaculture creates is about twice as strong per acre as for paddy farming. It can also generate higher incomes than almost any other form of agriculture. And as incomes rise in Myanmar, consumption of fish—a nutritious source of micronutrients and protein—will rise, particularly consumption of farmed fish.

However, thus far many of the 200,000 or so small-scale fish farmers  in Myanmar, have missed out on these benefits. Many have limited technical knowledge of aquaculture and poor access to quality seed, which results in low yields. In addition, government regulations prevent the conversion of paddy land to aquaculture and insecure land tenure dissuades households from renting privately-owned land to build more fish ponds.

Working to develop small-scale aquaculture, and realize the sector’s potential to create jobs and boost the health and incomes of the poor, is the focus of the LIFT - funded Promoting the sustainable growth of aquaculture in Myanmar (MYFC) project (2015–2018) led by WorldFish. By 2018, the project aims to directly engage 5000 households from 77 villages in fish production, which will indirectly benefit another 5000 households through exposure to knowledge sharing and learning.

Implemented in collaboration with four government and NGO partners, the project focuses on Myanmar’s Ayeyarwady Delta and the Central Dry Zone, where the majority of subsistence fish farms are located. Many of these sites are underutilised and derelict.

To boost the level of technical knowledge among small-scale farmers, the project provides training in good aquaculture practices, with topics also including nursery management, nutrition, gender, dike cropping and business skills. As part of the training, each beneficiary receives fish seed, feed and fertilizers.

For 36-year-old farmer Hnin Nu Moe, who was previously unable to earn money from farming fish in her family’s  975 m2  pond, the training had a huge impact.

After stocking her pond with rohu and grass carp seed provided by the project, Hnin applied the techniques she had learned in training. This included regular feeding, exchanging water, applying fertilizer and testing the water quality.

Six months after stocking, she harvested 219 kg of fish. After saving some for household consumption, she sold the rest and made 550,000 Kyat (USD 400) on an investment of 50,000 Kyat (USD 36). This income enabled her to buy a new cow—a purchase she once couldn’t afford. 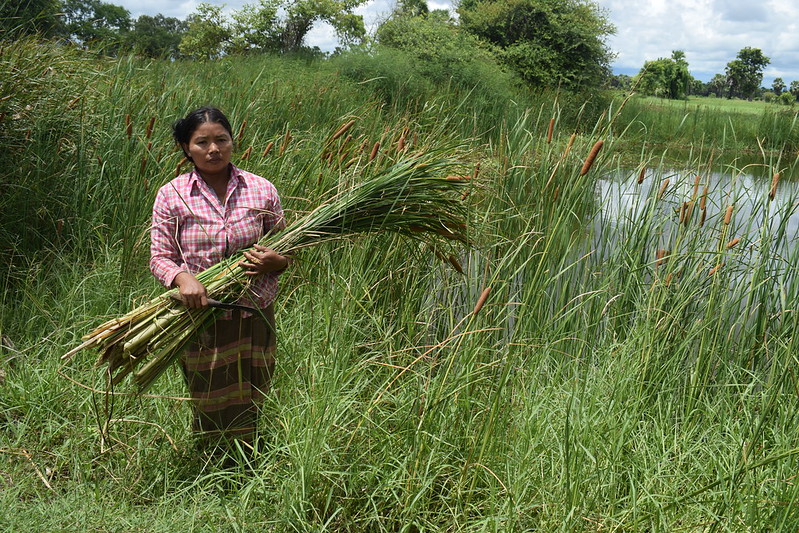 “If we carefully follow all the techniques and knowledge we gained from the project, we will be successful fish farmers even if we face lots of challenges,” she said.

Since 2016, over 1200 farmers out of the target 3000 farmers have received training and inputs such as seed, feed and fertilizer. Trained farmers report that they are now successfully managing their own fish ponds. This has led to a 30 percent higher consumption of fish and a 40 percent increase in household income among beneficiary households.

Good fish seed is needed to achieve a good fish harvest. Yet small-scale farmers often use poor quality seed from the wild or buy seed from government or private hatcheries, which often offer low productivity due to poor management of the genetic resource.

To improve seed access, WorldFish started promoting improved management practices at fish hatcheries run by the Department of Fisheries in Myanmar in 2017. The aim is to produce quality rohu carp seed, which accounts for 70 percent of all farmed fish production in Myanmar, as well as seed for silver barb. 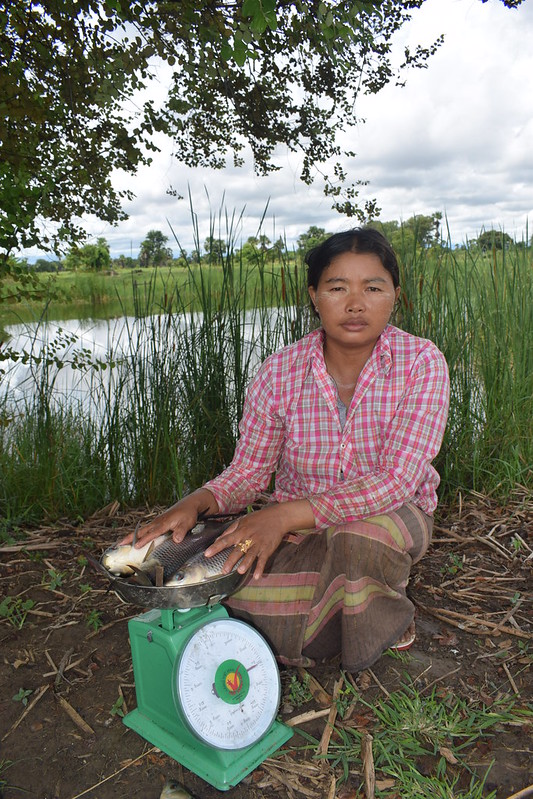 The breeding initiative also includes tilapia and climbing perch, which are currently produced in small amounts but for which there is strong local demand and the potential to earn higher returns. For tilapia, the project will focus on genetically improved farm tilapia (GIFT), an improved strain of Nile tilapia developed by WorldFish that grows more than 30 percent faster and has a higher survival rate than other strains.

In parallel, the project has established 30 fish nurseries in 30 villages since 2016, providing rural farmers with local access to affordable quality seed.

“After the project is finished, I will continue with aquaculture because I know where to get good fish seed and how to make my fish culture business successful,” said Daw Than Myint from Phoe Swar village. Since joining the project in June 2016 and applying the practices she learned from training, the mother-of-two achieved a harvest of 451 kg of pangasius, from which she was able to earn 400,000 Kyat (USD 295).

These efforts are being supported by the development of more than 25 small fish feed mills in the project areas. More than 30 metric tons of feed have been produced, providing project farmers with improved access to quality feed.

Aquaculture has grown rapidly over the last 10 years, mostly due to large enterprises, and now accounts for 22 percent of total fish production. With no sign of this growth slowing, efforts by MYFC to engage smallholders in aquaculture will be critical to increasing incomes and contributing to food and nutrition security for the poor in Myanmar.